This means ALL Windows phones will be cut off from accessing the mobile app while iPhones with iOS 7 and Android phones witha ndroid 2.3.7 which date back to 2013 and 2010 respectively will only retain partial compatibility until next February when they too will no longer be able to support whatsapp.

According to Whatsapp Inc., the messaging app company no longer actively develops for these operating systems, therefore, some WhatsApp features in those phones might stop functioning at any time.

It however strongly advised users:

“We provide support for and recommend using the following devices:

You may recall that WhatsApp withdrew support for Nokia phones after December 2018.

Whatsapp is the most popular messaging app in the world. It currently has over 1.6 billion users – that is the equivalent of the combined population of Africa and the United States of America. Meanwhile there is a recent report making the rounds, suggesting that hackers have gained access to the app’s revered end-to-end encryption and tapped users info. 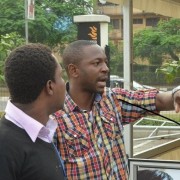 Job Creation, not Multiple Taxation is the Best Way to Increase a Nation’s Revenue – Vivian Ani