Noodles are appetizing foods made from wheat and water. Sometimes they are mixed with eggs and processed to be sold in dried form. The products are typically boiled for eating. Consumers choose the brand of noodles they want based on taste, price, and size. Minimie Chicken Flavor Noodles and Chikki Chicken Noodles Flavour are good examples of brands of noodles. The two are currently engaged in intensive competition for consumers’ wallet.

Chikki Noodles was launched in 2005 by Chikki Foods Industries. The new entrant had a fierce competition with Indomie Noodles, the leader of the noddles brand. As a result, Dufil Prima Foods, the producer of Indomie Noodles launched Minimie as a defense and attacker brand to ward off the encroachment of Chikki Noodles.

But the competition did not cease neither did the encroachment stop, as many noodles’ consumers still run from Minimie to Chikki Noodles and vice versa.

To find out why Chikki Noodles has resisted the curtailment tactics of Dufil Prima Foods, a combination of retailers and customers were sampled and interrogated by Cobra Review. The respondents were asked different questions to ascertain the level of preference for the competing brands. The questions were built around product taste, quality, quantity, market value and demands.

A wholesaler of different brands of noodles at the popular Mushin market, Madam Toyin, said many consumers prefer Minimie. According to her, “It seems Minimie is winning. Minimie Noodles makes more sales than Chikki Noodles. I sell more of the former than I do for the latter.”

Jideofo Eze, a consumer and retailer of both brands of noodles at Ilasmaja, Lagos, said many of his customers had always gone for Minimie. In his words, “70% of my customers go for Minimie Noodles”.

Talking how he felt about the taste of the products personally, he said “Minimie noodles leave me with the real taste of noodles, almost the same as Indomie Instant Noodles. This, I believe, could be one of the major reasons my customers have always gone for it, even when the price is a bit higher than Chikki Noodles.”

He added that, “Unlike some other bands of noodles that stick together when they get cold, Chikki Noodles is different. It always leaves me with that inviting sight, even after it is cold.”

Apparently, sentiment and personal taste are factors in consumers’ preference. There is no obvious winner between Chikki and Minimie Noodles. Both brands will continue to contest for consumers’ wallet. Where the battle will be won is at the level of merchandising, distribution and relationship with re-sellers.

Dufil Prima has the machinery to win that contest with expansive point of purchase display and sales promo but at the risk of its leading brand. Product development then will play active roles in weaving an aura of superiority around the Indomie brand as has been seen in the launch of Relish, an extension of Indomie Noodles.

However, both Chikki and Minimie come in different sizes ranging from 70g, 100g and 120g. A carton of 100g Minimie and Chikki Noodles packs are sold at N2, 250 and N2, 150, respectively. They are available across stores and supermarkets nationwide.

On a personal note, what do you think about the two competing noodles brands? Which of them gets your nod?

READ ALSO! How To Sell Sex In Lagos 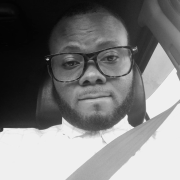