The Central Bank of Nigeria (CBN) recently announced a policy to stimulate local production of milk. The announcement was seen by many consumers as a move to deprive the populace an essential beverage. Hence, there have been loud outcry across the country calling for the apex bank to reverse the policy.

Although the government bank has clarified that the policy is not a ban on milk importation, but rather an initiative to encourage local production and trading of milk, the citizens have refused to listen to its explanations. Therefore, an online campaign, tagged #MilkBanPolicy, has been launched to frustrate the adoption of the new policy.

Meanwhile, Former Education Minister, and presidential aspirant, Obiageli Ezekwesili, has also lent her voice to the campaign. She claimed that the policy is an act of punishment to citizens.

In a series of tweets condemning the CBN proposed policy, Ezekwesili stated that the move is a threat to the poor and downtrodden citizens who can barely afford to buy a N50 sachet of milk.

Obiageli Ezekwesili, tweeted: “Nothing more perverse of political leaders and policy makers as policies borne out of vindictiveness. It appears from what the @cenbank said on the policy that is a case of: ‘You folks rejected RUGA, here is your punishment’. What a big shame…!”

She further stated; “It is very necessary to resist those who in the name of pretentious and duplicitous “patriotism and nationalism” design a bunch of useless, bad and dangerous policies that enrich their few “local producers”, friends at the expense of the poor”.

Another Nigerian, @OgunsinaIbukun, also tweeted, “Questions: the milk produced locally, will it go round? Will it meet demands? Is it not wrongly timed? RUGA was said to boast local milk production but was rejected, isn’t this retaliatory? Forcing the business to thrive on loan is like killing the business”.

A set of people also believed the policy will not achieve its purpose, despite the explanations provided by the government.

For instance, @chuksdave tweeted: “All we know how to do is “ban”. The ban on importation of rice for example hasn’t translated in increased local production and consumption of the said local rice and our markets are now flooded with costly foreign rice. This #MilkBanPolicy won’t end well at all.”

The Central Bank has reiterated that the policy is in accordance with the Federal Government’s plan to boost the local economy.

Recall that, in July, President Muhammadu Buhari met with representatives of some Dutch companies, amongst which is FrieslandCampina. The president expressed the need for these firms to help reduce unemployment in the country by sourcing for raw materials and establishing factories in Nigeria.

According to news report of the meeting, David Suddens of  Vlisco, a textile manufacturer, and Hein Schumacher of FrieslandCampina, owner of a popular milk brand, promised to devote 400 hectares of land to building a textile park in Nigeria, and commit 11 million Euros for a local production project from local milk respectively.

Obviously, this may well have driven CBN to create a framework that will formalise the commitment . But, many Nigerians think differently. They believe that this policy would not achieve its aim, rather it will make milk, and goods produced from it, more expensive and scarce.

Considering the various opinions, what do you think about the CBN’s new FOREX policy? 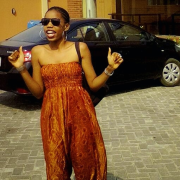