Lagos is stress! Several factors contribute to this – daily rush, zany traffic, harsh weather, etc. Among all these, the issue of mobility takes a seat in the front row. Movement in Lagos is a chore. At times, when you calculate the stress of sitting in traffic, you are tempted to sit at home.

To curb the problem of traffic, the Lagos State government in March 2008 introduced the Lagos Bus Rapid Transit System (BRT), regulated by the Lagos Metropolitan Area Transport Authority. It failed the first time. Later in 2015,the state government regrouped, repackaged, and rebranded to something in the mold of “new” BRT. This time, operated by Primero Transport Services Limited and regulated by LAMATA. Lagosians, especially the ones who ply Ikorodu Road, were delighted about this. Finally, more people would take the BRT, thus reducing the number of motorists on the road.

Because BRTs have their lanes, one is not trapped in traffic. In addition, it is cheaper than using danfos (yellow buses), and it could be said to be more comfortable, except when it is filled and commuters have to stand en route. However, these are the only benefits of riding a BRT (aka ‘Big-Blue Bus’): price, speed and comfort.

But lately inefficiencies have begun to creep into the operation of the BRT system. The first noticed inefficiency is fewer buses and the delayed bus arrival at terminals. Consequently there are often long queues at the garage. The strong Lagos State private and public workforce who have to count on the advantages of riding a BRT can no longer be guaranteed of speed – that is where the most sought-after critical advantage of the BRT system eroded.

At times, people stand on queues for over an hour. Before you know it, you find them taking Lag Buses (the big, red buses). Why should people have to wait that long to get a bus?

The second inefficiency is, when the bus ultimately arrives, some people have to stand all through the ride. This is where the second critical advantage, comfort, is lost.

One time, I overheard one of the ‘ticketers’ at Barracks Bus Stop say, “It is better to stand moving than to stand waiting.” I should point out here that this was not during rush hour.

The third inefficiency is the unhygienic conditions in the interior of the buses. Squeezed tickets, food crumbs, spilled water and juice and dripping condensed water from the air conditioner. As well, the roof of some of the buses is atrypophobic’s nightmare: they have grown brown mounds, and no one has decided to change the buses or at least, try to fix the mound situation.

Comparing the positives and negatives, you would see that the ‘new’ BRT system is fast turning into the former ‘Lag Buses’. Commuters are beginning to see that there may not be many differences between a ‘Molue’ or ‘danfo’ and the BRT ‘blue-buses’ after all.

In sum, BRT is not satisfying Lagos commuters. Personally, I feel the BRT is like ‘molue’ put in a different package. If the buses are not giving Lagosians satisfaction, there is really no need to have them around. We might as well go back to using ‘molues’. 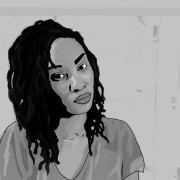 Cisi Eze
Cisi Eze is a writer, comic artiste, and graphics designer who writes passionately about brands and everything related to wellness. She aims to use her art to bring about positive social change.

Job Creation, not Multiple Taxation is the Best Way to Increase a Nation’s Revenue – Vivian Ani